the installation focuses primarily on the idea of reduced and compressed documentation of travel (travel feeds), which – mainly due to social media – transforms into a jumble of advertising spots at various locations on the planet that are extracted from the context of their existence in a natural environment and presented as an empty collection of achieved travel goals.

The situation is intended for an audience in public space – e.g. gallery, foyer of a concert hall, industrial space, abandoned space, basically any space where a group of at least 4 people meets.

The situation focuses on two main aspects – the perception of a movement of sound in space; and the feeling of uncertainty about the information received and the experience of the fragile situation of trust within the group of people, which represents an anonymous environment around, where a person is confronted with someone’s ideas or comments.

(first performance – April 2018, open space in the Royal Conservatory of The Hague)

Videoscore for an audience (without audio) WATCH HERE→ 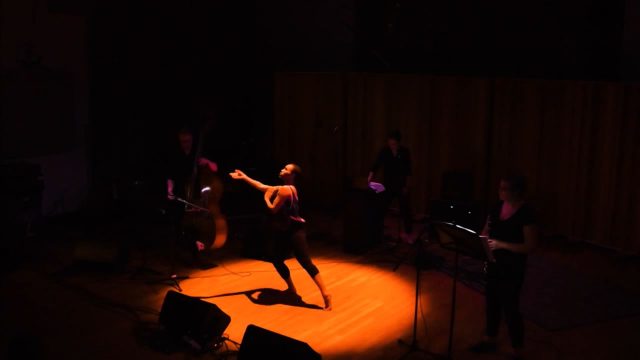 „if” is not just a statement

Project for a performer, voice, clarinet, double bass and electronics.

„if” is not just a statement – „if” means endless possibilities

This piece is basically a kind of a strange tale inspired by the child’s imagination about the solution of interpersonal relationships. Impression of the live performance WATCH HERE→

MISSED CHANNEL or Still Life with Fear, where to miss one channel means to make a connection with other –the deeper one, which is much more frightening, more intimate, more familiar …

Composer-performers Darina Žurková and Hana Mlnaříková began working together in 2014. Since May 2015 they have performed under the name Mistchannel, which presents itself as an improvisational group using electro-acoustic elements and interactive electronics. The first solo feature performance premiered in the fall of 2015 in Music Lab Brno and a revised version of the performance premiered in May 2016. WATCH HERE→

Paranoiptikum is a fictional space in which a man who lives his life through his diary entries of fictional characters undergoes a fateful transformation. When the paper sheets fall into the hands of strangers, they become these characters and the man loses his fictional world. With his writings in the hands of others, will the man finally have a chance to really live?

This project was intended to go with physical movement by performers. We worked with performers together to find specific expressions of movement and prepared simultaneously the music and electronics to create the feeling of Paranoiptikum. WATCH HERE→

Searches… Lost and surrounded by noise tries to listen for his own voice. Looks for himself.
The incessant stream of the encounters which have not become.
The idea of himself is ephemeral. Something inside scratches on live tissue, climbs out. Tight mystery. Other possibilities of his life… Fateful transformations. 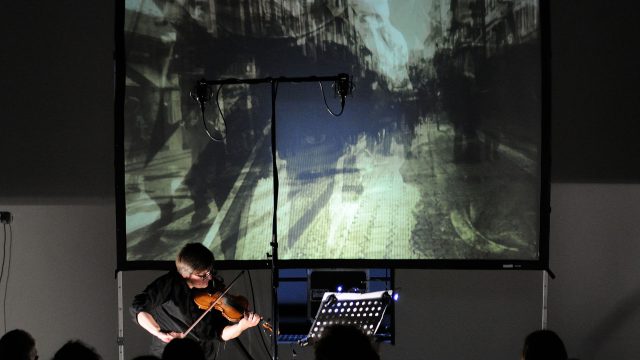 A performance for a violinist and his or her voice, electronics and projection, provides a look into the feelings of a person searching for his existence in situations that engulf him. The performer is confronted with electronic sound – something from the outside – and he seeks his expression/attitude within this space. The composition uses mainly timbral positions of the violin and voice, mixing them with the sound of electronics.

The projection is intended to cover the entire wall, violinist stands in front of the wall – projection goes through the violinist. There are two lights from below in front by which the violinist casts shadows over the edges of the projection.  The project includes also a programmed patch in Pure Data for live electronics and several tapes (controlled and processed during the performance). LISTEN HERE→ 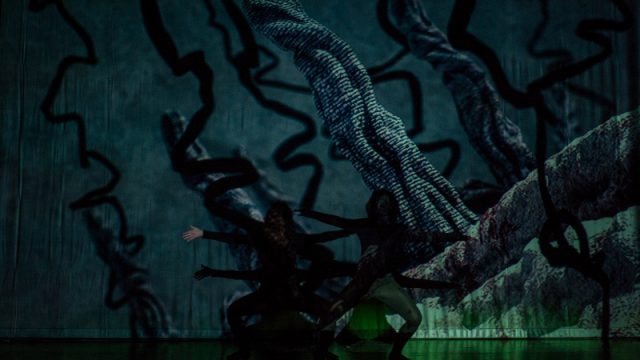 Cyril is no more

Project for performers, video and electronics.

Always, when Cyril’s friends got the impression that he felt constricted, they sewed for him new, looser pants. In his twenty-six years he tragically lost himself in the right trouser leg and died of exhaustion. His body was never found.

Animation was created by Lukáš Medek based on my cartoon ideas – imaginations. 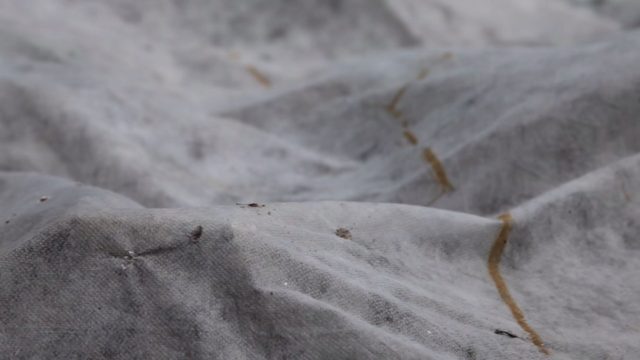 Project AMBI [VAL] ENTSPHERE by Darina Žurková is a platform/ensemble/form of an artistic expression which focuses on experimental and alternative music and interdisciplinary projects across genres. The platform collaborates with various artists across different artistic fields in an attempt to create their ambivalent environment of sound atmospheres and to discuss contemporary and experimental music, environmental and sound art.

Project was founded in the fall of 2014, originally under the name Onaaonidva*. From the initial attempts at several experimental pop and jazz pieces, the platform gradually profiled and penetrated further into unspecified levels of alternative musical production, performances, installations and interdisciplinary projects (AMBI [VAL] ENTSPHERE, 2016 – ongoing). Its work reflects elements of electro-acoustic performance, experimental music, field recordings and vocal expression of various standard or anomalous situations.

This project was created in collaboration with photographer Adam Kencki who was invited to make an exhibition of his pictures in local Ostrava galleries. Main goal is to expose only titles of photos while Adam’s voice is explaining how individual pictures look like.

Description:
Empty room.
There are just labels of photos on the wall.
There are four speakers and laptop on the floor.
People walk through the room, trying to hear the pictures.
Take your time and try to hear them. Try to understand them.

This acoustic piece specially wrote for Jakub Tengler is based on a partly open graphic score using clouds of sound events and patterns which are spread out on painted canvas. Important component of this composition is work with time and its perception.

…because the dead travel fast…

First version was written for an accordion, later versions are performed with electronics.

Project is inspired by the poem by Václav Vrobel, which talks about the dead who have been displaced by authorities from morgue due to construction of new highway. They have no place to rest now, so they ride on the highway. WATCH HERE→

Animation was created by Lukáš Medek based on my cartoon ideas –imaginations.

An audiovisual live performance in cooperation with Alexandra Cihanská Machová/visual and Roman Cihanský Mach/lights for the project “Tma” (Darkness) in Brno Observatory and Planetarium, CZ.